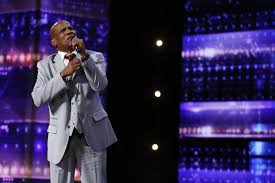 Archie Williams performed incredibly and movingly on America’s Got Talent; his audition was posted on social media providing a peek at the season to come – and a window into his singing talent.  He said: “I watched ‘America’s Got Talent’ in prison, and I would visualize myself being there.” “I always desired to be on a stage like this, and now I’m here. Thank God. I know it’s the chance of a lifetime.”

He spent 36 years in prison in Angola prison in Lousiana for a crime that he did not commit.  He was just 22 when he was arrested. Williams was released in March 2019 – and he described in America’s Got Talent how he wrote to the Innocence Project, which ultimately freed him.

His forensics ordeal was not detailed in the show – the focus should be on his artistic and emotional gifts. However, the story of his battle to obtain the forensics that finally freed him is concerning and has important lessons for us all.

Williams initially wrote to Barry Scheck at the Innocence Project in New York in 1995.  He was their oldest client when he was exonerated 24 years later.

During Williams’ original trial, it was known that fingerprints found at the crime scene did not belong to him: it was an outright exclusion. The prosecutor tried to explain away the exculpatory value of the evidence, stating they might have come from “[t]he air-conditioning man, people who clean your carpets, [or] the little girl home from school.”

Beginning in 1999, Williams and the Innocence Project tried to have the exculpatory fingerprints analyzed and compared with the quite large national IAFIS set of databases maintained by the FBI.  However, the prosecutors at the time opposed the analysis. Louisiana had no law that required access to post-conviction fingerprint evidence testing.

This is not just a Louisiana problem; in general, forensic databases are often one sided and there are not clear rights for defendants to access them, even to potentially prove innocence.  I describe this problem of one-sided forensics in my forthcoming (2021) book, Autopsy of a Crime Lab.

Flash forward a decade.  Williams is still languishing in prison. The state ran the prints through the national database without notifying Williams or his lawyers.  The results were not consistent with anyone – no potential “hit” (these databases can identify candidate prints but they do not make a “match”).

The FBI’s policy has been, however, as with other important forensic databases, that only law enforcement can access this database, and not defense lawyers – not Williams.

The state judge, troubled by years of stonewalling, finally threatened to order a search.  Finally, the prosecutors agreed to run an new (NGI) fingerprint database search.

Within hours, there was a finding that the crime scene prints were consistent with the fingerprints of a man who committed four more rapes while Williams was in prison, and who was arrested attempting a fifth in 1986. Williams’ Innocence Project lawyer commented: “there was technology out there that would lead to the truth, that would give him his innocence — and we were blocked from it.”

In his Talent audition Williams performed Elton John’s song “Don’t Let the Sun Go Down on Me.” Judges and audience members were in tears during the powerful rendition and Cowell even shared the video on his Twitter account. He commented: “Archie, I will never, ever listen to that song in the same way ever again after you sang that. It took on a whole new meaning for me.”