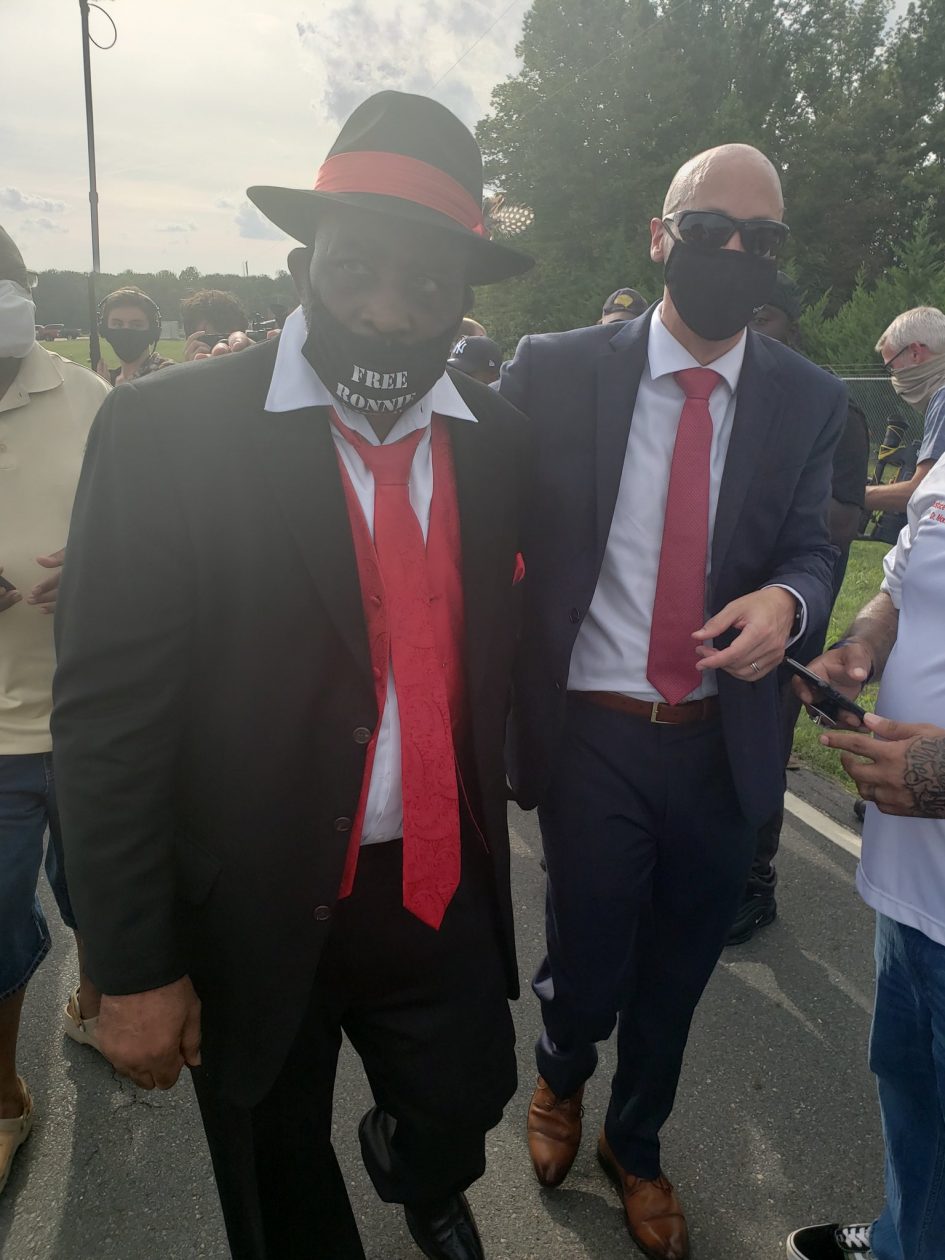 Ronnie Long and his attorney, Jamie Lau, of the Duke Wrongful Convictions Clinic.

After 44 years in prison serving time for a crime he didn’t commit, Ronnie Long is finally free.

On Wednesday, the State of North Carolina filed a motion with the U.S. Court of Appeals for the Fourth Circuit to initiate a process leading to Long’s freedom. The state asked the court to immediately issue a mandate in Long’s case and said it planned to move immediately in the district court for the entry of a writ vacating Long’s conviction, said Clinical Professor Jamie Lau L’09, Long’s lead attorney and the clinic’s supervising attorney.

“While it will take some time for the courts to do what is needed to vacate the conviction, the State has set in motion a process that will lead to Ronnie’s freedom,” Lau tweeted. “In short, Ronnie Long is coming home!” Lau added that Long, now 64, was “grateful, overwhelmed, and looks forward to reuniting with his loved ones.”

The case had garnered national media attention and was featured on CBS This Morning in July. Long, who is Black, was convicted by an all-white jury on Oct. 1, 1976, for the rape of a white woman in Concord, N.C. No physical evidence tied Long to the rape and burglary, and the prosecution’s main piece of evidence — the victim’s identification of Long weeks after the attack — did not match with her original description of the assailant as a “yellow or really light-skinned Black male.”

Long was released from prison Thursday afternoon. WCNC Charlotte talked exclusively with Long by phone hours before his long-awaited release.

“I asked her are you serious?” Long recounted to WCNC Charlotte’s Michelle Boudin after learning he would finally be freed. “She said, ‘Yeah you’re gonna go home, you’re gonna come home.'”