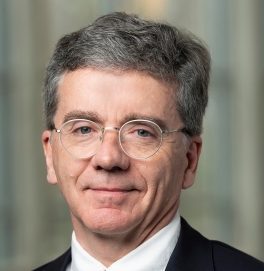 The group, which has been working for at least a month, made its first recommendations last week to improve bias within the criminal justice system, and they held a public hearing for the first time Tuesday. The meeting lasted for about two hours and the group – chaired by North Carolina Supreme Court Justice Anita Earls and Attorney General Josh Stein – heard from at least 50 North Carolinians.

Maher was one of the last to speak. The former Executive Director of Indigent Defense Services (IDS) underscored the overall importance of public defense to any effort the Task Force undertakes.

“If you are going to have robust ability to pay hearings; if you’re going to have the type of bail or pre-trial release system that we all hope we should have, you’ve got to have the lawyers who have the time and the resources and the skill to represent the clients,” Maher said. “For years and years, North Carolina’s public defense system has been underfunded. The public defenders’ workload study shows they are understaffed, carrying more cases than they should; IDS has done studies on the rates of pay for the private assigned counsel – they’re barely covering their overhead, and obviously in the time of our current economic crisis that become more of a problem.

“Much of what you’re working on will only work if there is a strong defense function, and that means providing resources to public defense.”

The Task Force’s overall legislative and municipal recommendations are due in a report by the beginning of December.

Maher also talked to the Task Force about bail and individuals’ ability to pay fines and fees, which have skyrocketed over the past several years. Other speakers brought ideas to the Task Force about releasing sick incarcerated people from jails and prisons, which have a higher infection and death rate for COVID-19 than other communities; about addressing racial inequity in schools; about ending police brutality and getting better training; and about so many more issues.