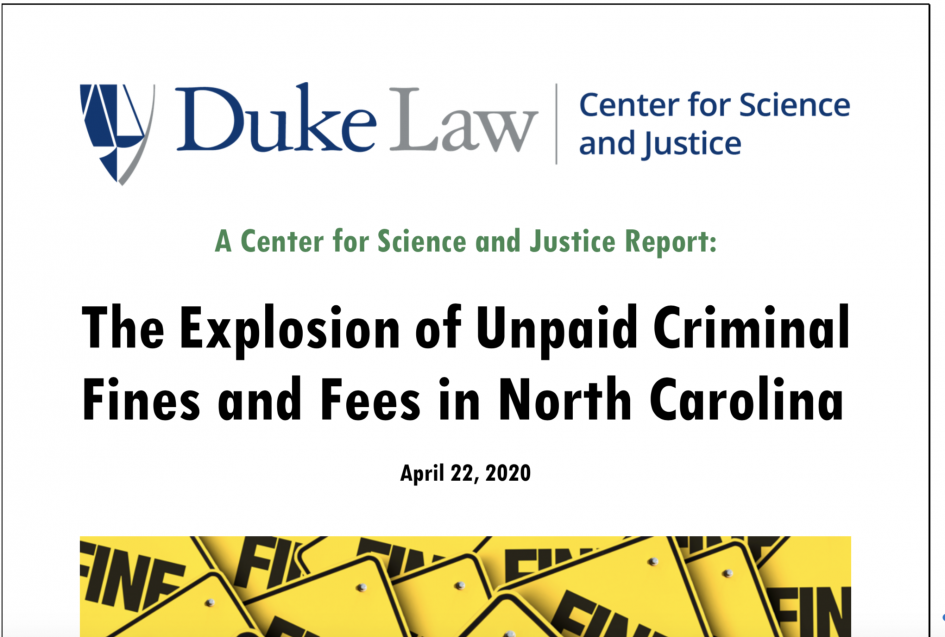 A new piece in the Washington Post’s True Crime Blog: “One target of the criminal justice reform movement has been the use of fines and fees by state and local courts to either help finance a local government, or incarcerate people simply for their inability to pay. Though many jurisdictions have rolled back such practices, Duke University law professor Brandon L. Garrett says many haven’t, and the practice could get worse as governments look for sources of income in the coming months.”

And the introduction – “To respond to the devastating economic effects of this covid-19 emergency, governments have taken aggressive measures to prop up corporations with bailouts, help the unemployed, prevent utility shut-offs and halt evictions. Although our courts are largely closed, many are still trying to collect fines — and even jailing people who cannot pay. We need modern-day Robin Hoods to protect us from our Sheriffs of Nottingham, who will not stop imposing fines that people cannot afford.”

Read our CSJ report on NC fines and fees here examining three decades of data from the Administrative Office of the Courts – we found that in over 1.72 million cases total — and 120,000 cases each year — the criminal courts in North Carolina have imposed costs that people cannot or do not pay. Over 650,000 people, or 1 in 12 adults in North Carolina, currently have such unpaid criminal court debt, as we display in a data website.